AlbumArte presents the video Ascar by artist Elisa Strinna (Italy, 1982), as part of the ongoing projects AlbumArte | VideoArtForum – a series of artist video screenings and debates, and AlbumArte | Residenze – an in-depht cycle on artist residency’s theme. Ascar has been realized by the artist during the artist residency at the Seoul Art Space Geumcheon (April – June, 2017).

In her work, Elisa Strinna explores systems of relation in a broader sense and investigates the way our perception and our fileds of knowledge are structured. Analysing the nature of conflicts between faraway units and entities, the artists interrogates the relationship between contemporary wo/man and the environment.

Among the relationships, aspects and themes at the core of her research there are ‘the natural’ and ‘the artificial’, the ideal and the real experience, the material and the virtual, instant and longer time, technological and geological landscapes.

Strinna’s work can be interpreted as an extensive cartography in which the artist examines in depth the information key to numerous documents produced through the activity of man and nature. By looking at the substance of such information thoroughly, new narratives can arise; narratives that challenge any narrow vision and conception of both cultural and natural processes, in an attempt to activate new systems of relation.

« Ascar is a land in which real and virtual are mixed and the boundaries between fiction and truth are lost. The territory of Seoul, its ancient village, the new financial areas, the mountains surrounding the city, the border between North Korea and South Korea, exist together within the same areas, or other real and fantastic lands replicated into the virtual worlds of videogames. The voice of a young woman takes us through this territory, and alternates with that of a scientist who tells us about the origin of the Universe and of some of those materials which constitute digital technologies. Ascar’s borders are untraversable, it is a world where the struggle for recognition is constant and self-affirmation happens mostly through the defeat of the other. During this Darwinian battle, short moments of peace are reachable throughout the contemplation of this brutal but magnificent universe. The film investigates the widespread interest of young generations in digital worlds and the conjunctions of these worlds to the real one. The material of the work come from interviews to South Korean video gamer, virtual reality experts, and doctors from internet detoxification centers, along with interviews to mineralogists of the Muséum national d’histoire naturelle de la Ville de Paris». (Elisa Strinna)

After the screening, Wonderlust #rome (Francesco Buonerba – Nicoletta Guglielmucci) will lead a debate with Elisa Strinna and South Korean artist Junghun Kim about affinities, references and common feelings of both artists related to the relationships between real and virtual worlds. 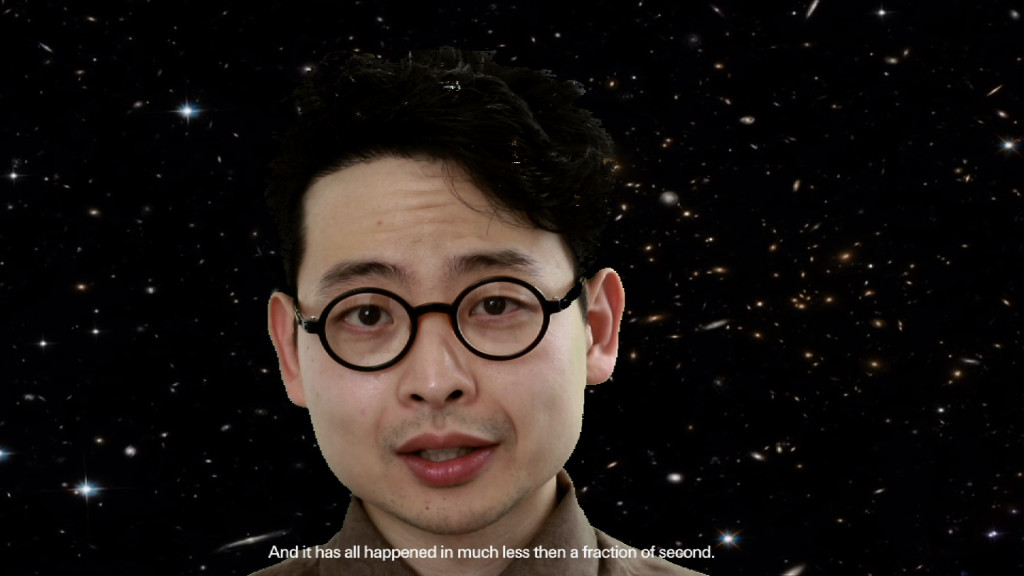 Elisa Strinna (b. 1982, Italy). Her work explores the way our perception and our fields of knowledge are structured, by closely examining human artifacts and natural materials. As Strinna studies the information intrinsic to these elements various narratives come to life, which reveal cultural aspects of nature, and challenge any narrow conceptions of both the cultural and natural processes. In her most recent work, sculptures, videos and sound pieces, Strinna investigates an ever-growing interdependence between man and media technologies and the byproducts of such affiliations. The connections between technological and geological landscapes, instantaneous and deep time, material and virtual realities, natural and artificial world are core themes of Strinna’s research.  Her works have been exhibited at Mart Museum in Rovereto (Italy, 2015), at Serra dei Giardini della Biennale in Venice (Italy, 2015), at the MAXXI Museum (Italy, 2014), at Espai d’Art Contemporani de Castelló (Spain 2013), at 2012 Taipei Biennial (Taiwan, 2012), at Macro Museum, Rome (Italy, 2011), at Via Farini in Milan (Italy, 2009), at Fondazione Sandretto Re Rebaudengo in Guarene (Italy, 2009), amongst others. She has been selected for the international residency program at Seoul Art Space Geumcheon (South Korea, 2017), the Shanghai Prize at East Normal University in Shanghai (China, 2014), 6ARTISTA Award at Fondazione Pastificio Cerere in Rome and at Cité International des Arts in Paris (Italy and France, 2011/2010), the ateliers at the Bevilacqua La Masa Foundation in Venice (Italy, 2008/2009). Strinna’s attended one year of post-diploma in Documents and Contemporary Art at ÉESI, Poitiers and Angouleme (2016-2017, France). She took part at SAAS FEE Summer Institute of Art in Berlin 2016 (Germany), at SOMA Summer 2015 in Mexico City (Mexico), at the XVI Advanced Course in Visual Arts at the Ratti Foundation (Italy, 2011). She received an MFA in Visual Arts at IUAV, Venice (2011).

Junghun Kim‘s work (South Korea, 1991) investigates the effects of economic and technological development on peoples’ perception of and attitude towards the world. Taking as reference the natural world or contexts suffering from crisis and transformation, Kim’s works are conceived as activation systems, working to stimulate a critical reflection towards the reality we live in. In 2017 the artist was selected for Carsten Höller’s workshop at Botín Foundation in Santander (Spain). The same year he attended a training course at Rat School of International Art (Seoul, South Korea). Kim has a BFA degree in Fine Arts (Seoul, South Korea, 2015). He exhibited among others at Villa Iris, Santander, Spain (2017), Art Space Boan 1942 (Seoul, South Korea, 2017), Space 800/40 (Seoul, South Korea, 2015), TN Gallery (Beijing, China, 2013).

Wonderlust #rome (Francesco Buonerba, Nicoletta Guglielmucci) is a project that aims to consolidate a localized network focused on the essential role the Artists in Residence programs in the Roman – and Italian – art scene, facilitating artists’ growth and mobility and promoting the potential value of cultural exchange between Italian and foreign operators. Wonderlust #rome is a bridge between Institutes and Academies, their history, and the evolving social and cultural environment of Rome, creating new opportunities and exploring new directions. The main goal of the project is to create connections and collaborations, activating and enhancing a dialogue between institutions, academies and artists through both workshops and informal meetings, in-depth analysis, exhibitions, guided tours, publications and open call. A selection of the most recent activities includes: Interdisciplinarità in situ. Landscapes and Mindscapes, cultural trip to Naples and Lecce, part of the residency program of the Swiss Institute of Rome (2016 – 2017); Roma | 3 Variazioni (2017) screening and debate, part of AlbumArte | Residenze and Video Forum cycles; Industrial Therapy, an AiR program developed with Kolor bnb and LOFT, Lecce; Open Studio 2016 for Real Academia de España en Roma.