How do landscapes shape human imagination?

On October 20th, 2016 at Albumarte spaces will be presented, the international artist residency La Ville Ouverte | Mediterranean landscapes, promoted by Arci with the support of BJCEM (Biennale des jeunes créateurs de l’Europe et de la Méditerranée) in view of the 2017 Bjcem Biennale in Tirana, Albany. How do landscapes shape human imagination? This is the key question of the artist residency Mediterranean landscapes, which aims to reflect on the changes and transformation in the Mediterranean landscape. With a focus on migration flows that are changing the social dynamics of the Mediterranean area and are redefining, in some way, even the urban landscape and its enjoyment. From October 21 to 31 in Viterbo will take place the first step of  residency, which takes place in the context of Tuscia  residency program promoted by cultural association Cantieri d’Arte. The residency is an international path that winds through the areas of Tuscia and Tigullio, with a second step in Ljubljana and the conclusion in Tirana, for the Mediterranean 18. Biennale of Young Artists. The stage in Viterbo and Tuscia is a time of reflection about the collective imagination, and public spaces in the Mediterranean area that will feature three artists selected through an international call. The artists selected, Ryts Monet, Neza Knez and Ieva Saudargaite Douaihi will spend ten days of explorations, meetings with local communities and with artists, curators, architects, urban planners and sociologists. A path of observation, classification, re-reading and re-activation of the territories, combining fictional and real elements, starting with the concepts of identity and migration, which will see as guests several visiting professors, including the anthropologist Franco La Cecla. The residence invites the artists to interpret the Mediterranean landscape, a multifaceted and complex world to portray and reflect on, under the geological and physical appearance, but also political and anthropological. Its “narrative nature” creates innumerable inspirations and productions, and its variable boundaries return refers infinite shades and identity. For these reasons, this landscape has been chosen as subject of research for young contemporary artists, a scenario with multiple faces and countless contradictions, that we would like to be the starting point for a debate on a geographical area, which today is seen as one of the most complex cultural and human ecosystems in the world. Through the invitation of anthropologists, geographers, artists and curators, the residence intends to conduct the artists selected to perform a research from a reading of the Mediterranean landscape (also as a social landscape, political) not with the aim of producing an impossible representation but to imagine new reconfigured landscapes by comparing languages, alphabets and other geographies.

Mediterranean Landscapes is a transnational route, linking three territories and six artists from different countries, highlighteining the features of the Mediterranean landscape, in an attempt to create a common geography of reference points, a shared identity related to migrations and transformations. The first step of the project is a residence in the territories of Tigullio and Tuscia (Italy), from October 21st to 30th. Ten days of explorations and meetings with local communities, artists, curators, architects, urban planners and geographers. The second step is a residence in Ljubljana, from October 31st to November 7th that will serve as a sharing moment among the six artists and the curators. The final outcomes of the residency will be presented during Mediterranea 18 Young Artists Biennale that will take place in May 2017 in Tirana and Durrës (Albania). Residency Programme (Viterbo) Curated by Marco Trulli and Pelagica (Laura Lecce and Fabrizio Vatieri).

Marco Trulli |He graduated from the Faculty of Conservation and Cultural Heritage of the Tuscia University in Viterbo with a bachelor’s degree in History of Contemporary Art. In 2007 he attended the specialization course “Conceptual buildings and architectures: ways of representing the imaginary city and the real city. Since 2005 he has supervised the public art project Cantieri d’Arte in collaboration with the Tuscia University hosting a number of national and international artists who have created site specific projects and installations for the urban space. He curate different projects in cooperation with Arci and BJCEM, on the role of art into the public  space in euromediterranean area. In 2013 he was one of the curator of Mediterranea 16. Young Artists Biennale. lavilleouverte.tumblr.com

PELAGICA |Pelagica is a curatorial and research project on the Mediterranean scenario, run by Laura Lecce and Fabrizio Vatieri. Its fundamental tool of investigation is the practice of art itself. Pelagica embarks on an exploration and therefore a reading of the Mediterranean area, through the art projects with which it interacts. Consciously it operates in a complex geography, especially since its insertion into a referential imaginary, often connoted. The Mediterranean area is often referred to an exotic uniform region, and has been artistically referred to the invasive “topos” of the literary metaphor. On the contrary, the Mediterranean, today and ever, imposes a plurality of present-time and visible signs of the various human settlements on anyone who wants to understand it. The Mediterranean, the value, the fundamental function, the round table on which the terms of observation were determined, today appears as an impossible portrait, so far from the exact and proportionated aesthetic function that has always been given to it. www.pelagica.org

Enrico De Napoli – Ryts Monet (Italia) | Ryts Monet was born in Bari, Italy in 1982. He works in both Venice and Tokyo. In 2007, Monet graduated in Visual Arts, and in 2011 in Visual Communications from the University IUAV of Venice. Since 2013, in the same University, Ryts Monet has served as assistant professor. Monet has been awarded numerous grants and residencies, including the Movin’Up grant for the realization of a project in Japan in 2013; as well as the first prize of the Premio Celeste national art prize for his work “Black Flag Revival” in 2013. He has been artist-in-residence in such locations as in Tokyo, Venice and Turin. From August to November of 2015 he will be Artist in Residence at BijlmAIR (Amsterdam). Recent solo exhibitions include “Sisters” at Gallery COEXIST-TOKYO, Japan (2014). Notable group exhibitions include “Baton Sinister” in the Norwegian Pavilion; at the 54th Venice Biennale, Monet took part in a performative event at the Denmark Pavilion.

Neža Knez | Neža Knez was  born in Ljubljana in 1990. In year 2014 she gratuaded (sculpture) on the Academy of Fine Arts and Design, where she continues master’s program, under the mentorship of professor Jože Barši. She works in a diverse media: audio, video, photography, drawings and classical sculpture. Her work is based on a research of perceptions with different senses, playing with visibility and invisibility, dealing with question of (thinking) body: interested in connection between the body , the senses and the space/object/people.  Neža has been awarded different grants and residencies, including the Prešern’s award of Academy of Fine Arts, University of Ljubljana (2015) and a Residency in Berlin, at Maja Škerbot (2014). In 2016 she has been nominated for the OHO award.

Ieva Saudargaite Douaihi (Lebanon) | Ieva Saudargaitė is a photographer of architecture, artifacts and territories. Ieva grew up between Lithuania, United Arab Emirates and Lebanon. She attended the Lebanese American University as well as École Spéciale d’Architecture, and received a Bachelor’s degree in Architecture. Ieva has been based in Beirut since 2007. While continuing collaboration with regional architecture and design firms in bringing to light their best work, she is currently working on several personal projects in and around Beirut. In 2015 she has been finalist for the Gabriele Basilico Prize in Architecture and Landscape Photography. She took part of a collective exhibition ‘Tracce dal Limes‘ at the Festival Architettura in Città, Turin, Italy. In 2016 she has been selected as participant for Ras Masqa art residency program; she has been artist in residence for the Group exhibition at Sto Werkstatt in London, UK. 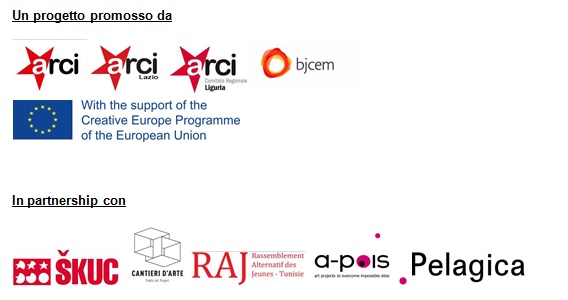