AlbumArte hosts IN-EXISTENT, part of the event ALTAROMA. The project is conceived by A.I. ARTISANAL INTELLIGENCE and curated by Clara Tosi Pamphili and Alessio de ‘Navasques.
The curators’ research is expressed in a series of installations, staged between AlbumArte and Villa Poniatowsky, bringing together the ancient patrician villa restored by Valadier – now part of Villa Giulia Museum – with its old stable – now became the project space of AlbumArte – through visions and comparisons of historical clothing and contemporary methods.

The young designers will dialogue with ‘Battlefield’ and ‘Javary’s Pit’, two of the works produced by Christine Rebet during her artist-in-residence at AlbumArte and showed in her solo exhibition entitled ‘Meltingsun’ (October 7 – December 13, 2014). 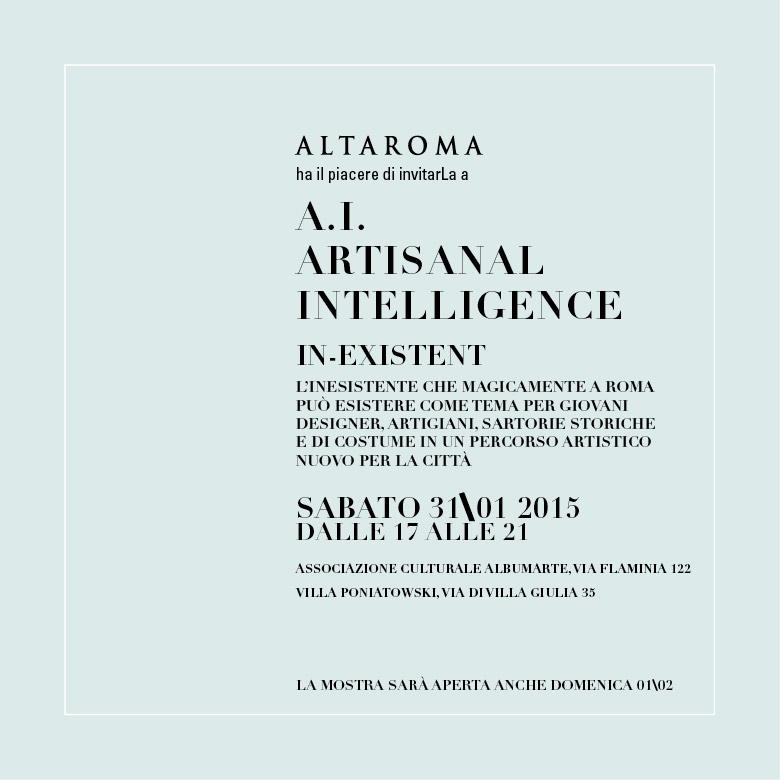